These 10 tech trends are transforming real estate right now, according to researchers from MIT and JLL

A new tracker ranks innovations from virtual reality to new building materials. Here are the top 10.

Proptech companies — which create products that transform or streamline the traditionally slow-moving real estate and construction industries — are booming.

Funding proptech firms raised soared to a record high of $9.7 billion in the first half of 2021, according to JLL research. The pandemic is proving that even traditional property owners, managers, and builders must embrace features, from virtual reality to new materials, to stay profitable and relevant.

But which ones? A landlord dipping a toe into the prop- tech craze might have to decide between carbon nanotubes or graphene — two materials that both add extra strength — to shore up the concrete for a new building. A real estate brokerage could embrace either virtual reality or augmented reality for remote listing tours.

“The challenge that our clients have as big occupiers and investors in real estate is that they’re drinking from the firehose of proptech, while not being able to under- stand the underlying technologies that are driving these companies and these products,” Benjamin Breslau, JLL’s chief research officer, told Insider.

The cofounder and director of the lab, Andrea Chegut, said the tracker can inform industry players’ long-term plans. She pointed to virtual reality as an example of a technology whose development was heralded with lots of fanfare but that hasn’t yet made a huge difference in our day-to-day lives.

“We think proptech is incredibly important, but we need to add the longer-term view,” Chegut told Insider.

“We’re a 100-year industry — but commercial products in tech can rise and fall in five to seven years.”

The new tracker distills the most important data points to know about technologies in the pipeline or those that are already in use. Take the Internet of Things, a network of connected objects able to collect and exchange data using embedded sensors that can help power smart homes and buildings. There is also intel on sciencefictionesque innovations, like materials that change shape when ex- posed to heat or light, which could be used to make auto- mated blinds that open and close to keep a building at a constant temperature.

The tool contains searchable, sortable information on dozens of technologies sourced from journal articles, social media discussions, and venture fundraising num- bers to calculate how far along a feature is toward full adoption. The site also allows users to sort by the stage of development, the time it will take to hit the market, and other specific factors. According to the research from JLL and MIT, any technology takes an average of 41.6 years to go through a full life cycle and become a part of day-to- day existence.

“Nothing necessarily goes exactly to plan,” Chegut said. “Let’s take away this hype and turn it into data so we can have legitimate insight.”

Below, we’ve outlined the top 10 technologies the tracker lists. You can check out the full tracker here.

What it is: Carbon nanotubes are tubes 10,000 times smaller than human hair that are extremely strong, flexible, and light. They can be embedded into building materials from metal and wood to concrete and glass to increase strength. They can also be paired with sensors to monitor the stresses on a building before it even begins to fracture or crack.

How it’s being used: EdenCrete, which develops concrete with nanotubes, promises that the technology is more resistant to many forms of stress..

What it can be used for: Sustainability, health and wellness

Predicted next milestone: Incorporated into other technologies, predicted in 2023

What it is: Exoskelotons are wearable machines powered by motors that allow users to have substantially more strength and endurance while completing physical tasks. Construction workers could use the robotic suits to complete physically taxing work.

How it’s being used: Multiple companies have developed exoskeletons for construction. Esko Bionics, for one, makes a 9.5-pound vest that adds 15 pounds of lifting capacity.

What it can be used for: Health and wellness, data analytics, automation

Predicted next milestone: Incorporated into other technologies, predicted in 2023

What it is: Aramid fibers, more commonly called Kevlar, are an extremely strong material that can be combined with traditional construction techniques. It is often used to retrofit older concrete buildings.

What it can be used for: Sustainability, health and wellness, hybrid office work

What it is: This brings the convenience of the Internet of Things to the home, allowing remote and automated control of thermostats and other functions. It also can provide more security with features such as Wi-Fi-connected cameras.

How it’s being used: Personal assistants, such as Alexa or Google Home, can connect to smart appliances, lighting, and thermostats, allowing the assistant to control their operations.

What it can be used for: Sustainability, health and wellness, data analytics, automation

What it is: Photogrammetry is shorthand for all of the techniques that make measurements of the real world from images, either from aerial views or from a camera on the ground. It has major uses in architecture, engineering, and development. It can also create detailed topographic maps.

How it’s being used: Matterport uses photogrammetry software to create 3D models of spaces. The firm can create either a virtual tour of an apartment or commercial building or 3D models of a construction site in close to real time.

What it can be used for: Data analytics

What it is: Augmented reality, or AR, allows for virtual and computer-generated images to be superimposed on the real world through a smartphone or other device. It›s correlated with virtual reality (VR). AR could be used to replace things like information displays and building directories in a building, or to simplify maintenance and construction tasks.

How it’s being used: Software provider Augment has built an augmented-reality tool that turns a building plan into a 3D model hologram.

What it can be used for: Data Analytics, automation

What it is: Graphene is a material made of a single layer of carbon atoms. Even though it’s only one atom thick, it’s 100 times stronger than steel — and is also flexible and transparent. Graphene can allow for much stronger concrete while reducing the amount of traditional materials used, which lessens concrete’s environmental impact.

How it’s being used: In May, Graphene-Info reported, construction company Nationwide Engineering has laid the first graphene-enhanced concrete slab for a gym building in England as part of a partnership with the Uni- versity of Manchester.

What it can be used for: Sustainability

What it is: Internet of Things (IoT) is a network that connects smart appliances and other physical things together, allowing sensors to take in vast troves of data about the physical world. IoT allows landlords and operators to closely monitor their buildings› performance, and to proactively maintain their systems instead of waiting for tenants to complain.

How it’s being used: Some companies, like Verge- Sense, have rolled out IoT sensors that track employees’ movements in order to help landlords and occupants de- sign their space and to enforce social distancing. Others firms, like Clockwork Analytics, use IoT to monitor the performance of building ventilation and heating and cooling systems.

What it can be used for: Data analytics, automation, hybrid office work

What it is: VR creates immersive, 3D environments that can be viewed and interacted with through headsets or on smartphones. It can be used by designers and architects to create models of buildings before they’re constructed, or by the purchasers and renters of real estate to experience the inside of a building without visiting it in person.

How it’s being used: At the start of the pandemic, Compass, one of the country’s largest residential brokerages, rolled out a suite of remote showing tools that include virtual-reality tours.

What it can be used for: Data analytics, hybrid office work

What it is: 5G is the next level of cellular networks after 4G and LTE and is projected to offer 100 times fast- er speeds. This technology is essential for the millions of sensors that are part of the Internet of Things and smart buildings devices. The adoption of smaller, more closely connected transmitters will require buildings to host transmitters themselves, while also boosting internal internet speeds.

How it’s being used: Three major cell-tower REITs — American Tower, SBA Communications, and Crown Castle International — are all jockeying for position to own the small towers that will be necessary to make 5G signal reach across the nation.

What it can be used for: Automation, hybrid office work

This article was originally published in www.insider.com as “These 10 tech trends are transforming real estate right now, according to researchers from MIT and JLL” on September 8, 2021 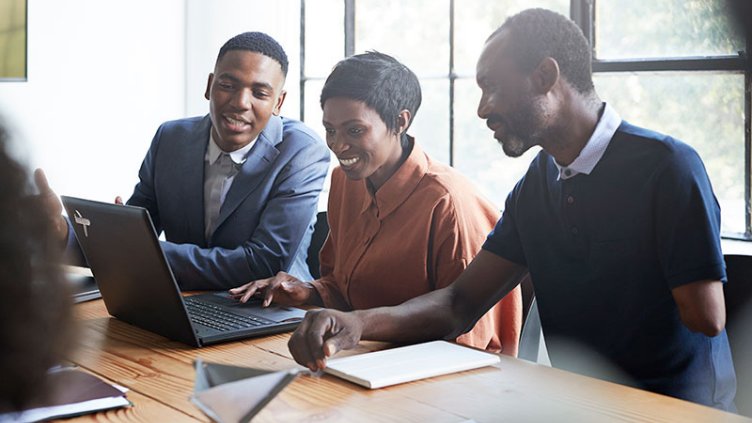 FAQ: The truth about America's return to the office 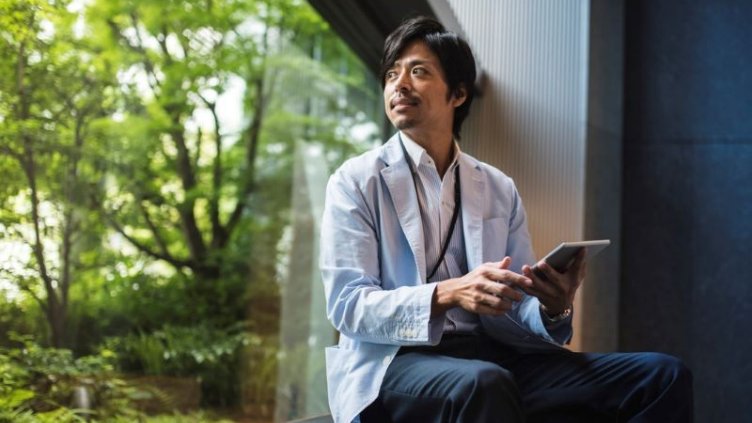 Neuroarchitecture and its application to the workspace design 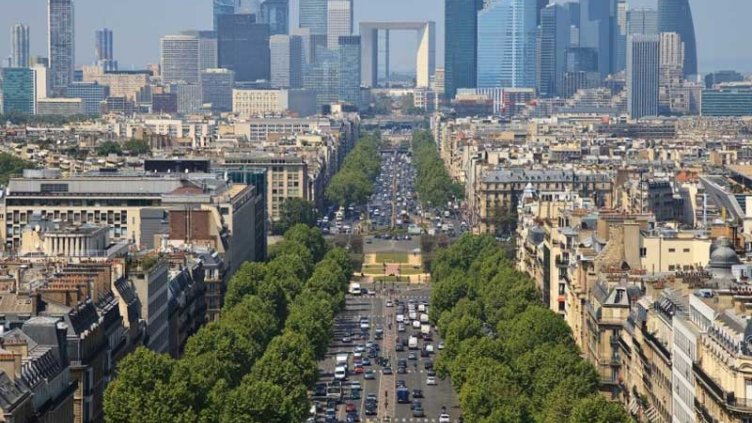