How cities are confronting climate change

The redevelopment of the Thu Thiem district in Ho Chi Minh is set to provide Vietnam’s largest city with new homes, parks and offices. Also seen as key to its success: climate change preparedness.

Thu Thiem, across from the city’s business district along the Saigon River, has incorporated man-made canals, lakes and mangrove areas into its master plan to accommodate changing tidal levels and flooding.

This kind of foresight has become essential for many Southeast Asian cities. Amid a phenomenal pace of economic growth – gross domestic product in the region has grown at 5% a year since 2014 – it’s also one of the world’s regions most vulnerable to the impacts of climate change.

Southeast Asian cities from Bangkok to Manila are battling rising sea levels, according to a report from United Nations Intergovernmental Panel on Climate Change. West Jakarta is sinking at an annual rate of 15 centimetres, while Bangkok is sinking by one to two centimetres every year, says the Geo-Informatics and Space Technology Development Agency.

Vietnam, Myanmar and the Philippines are similarly vulnerable, among the top 10 countries most affected by climate change, according to the Global Climate Risk Index by non-governmental organisation German Watch.

“Southeast Asia has some of the world’s fastest growing and most dynamic cities,” says Jeremy Kelly, lead director JLL Global Cities Research. “With mass migration and greater urbanisation, many cities here are stretched when it comes to resources. Compounding the problem is the fact key cities like Manila, Ho Chi Minh, Bangkok and Jakarta are in low-lying areas where rising sea levels are another inescapable stressor.”

Cities on the ascendency

This is a region with the highest potential for growth worldwide. Vietnam’s two largest cities, Hanoi and Ho Chi Minh, are among the best performing cities globally when it comes to its economic and real estate potential, ranking seventh and third, respectively, in JLL’s City Momentum Index.

Ho Chi Minh was even singled out by real estate analysts as a favoured location by residential investors due to its growth potential and higher yields, which exceed that of Bangkok’s and Singapore’s, according to Chinese international residence investment platform Juwai.

“Vietnam’s business-friendly policies and the securing of free trade agreements with more than 60 countries have helped create an export-driven economy that strengthened the attractiveness and momentum of Hanoi and Ho Chi Minh,” says Stephen Wyatt, Managing Director, JLL Vietnam. “We’re confident they will continue to outperform in terms of economic growth and foreign direct investment globally.”

Manila leapt to its highest-ever position in the JLL report this year at eighth, fuelled by “advantageous demographics, a robust domestic economy and skilled talent base,” the report says.

“There is strong demand for residential and commercial assets in Metro Manila due to the demand from a young working population with rising disposable incomes,” says Janlo de los Reyes, head of research of JLL Philippines.

However, climate change in this region could stifle growth prospects. The Asian Development Bank estimates that the mean cost of climate change for Indonesia, the Philippines, Thailand, and Vietnam could amount to losing 6.7 percent of their combined GDP each year by 2100. This is more than twice the average loss globally.

Governments in the region are taking action to tackle the issue. The Indonesian government has already started construction of a new capital in Kalimantan, which is promised to be smart, green and sustainable.

The creation of Philippines’ New Clark City in 2016 is viewed as a disaster-resilient alternative to the capital due to its elevated position surrounded by a mountain range 100 kilometres north of Manila.

Singapore has pledged US$72 billion to safeguard the nation state against the rising sea levels. Its Prime Minister, Lee Hsien Loong, has called climate change a matter of “an existential threat to the country as important as national defence.” Among its plans are a coastal and flood defence fund as well as building seawalls.

“Such governance and leadership like Singapore’s are extremely important factors to mitigate against such a tremendous threat like climate change,” Kelly says. “The issue of governance will be increasingly critical in coming decades for cities to be successful, future-fit and resilient.”

As for Thu Thiem, things are finally moving ahead after being in limbo for the last decade due to compensation issues and slow infrastructure development. Looking back, Thu Thiem’s late start might have given it an advantage in terms of learning from other cities as it prepares to future-proof itself from climate change. 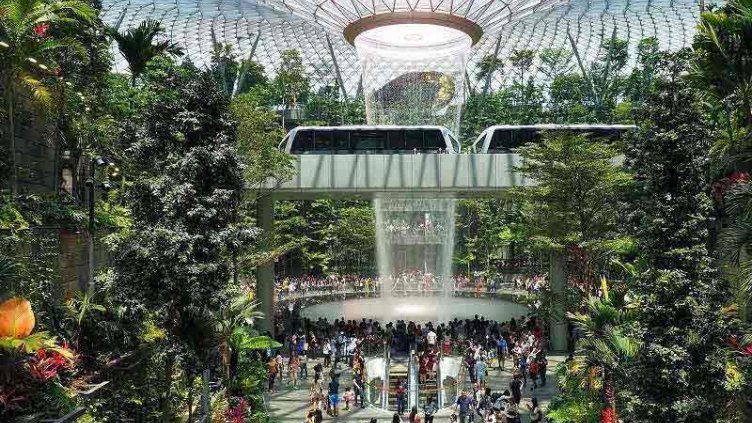 5 big questions real estate will be asking in 2020